The Institute for Human Resource Professionals (IHRP) sets the pace in HR standards of excellence, and champions human capital development in organisations.

The IHRP was set up by the Ministry of Manpower, National Trades Union Congress and Singapore National Employers Federation (SNEF) to upgrade skills of HR professionals, allowing them to be key enablers in their organisations.

Mayank Parekh, CEO of IHRP shares his views on how this scheme can further improve the skills of those in HR, including himself. He provided viewers his personal example which can be seen as a motivation to many - and in the process earns himself a nomination for the Hong Bao Media Savvy Awards 2018 in the category of Best Online Interview, in association with Shootsta.

Scroll down to see other reasons why we nominated him:

The Hong Bao Media Savvy Awards 2018 resumes with our second round of nominations. At the same time, Hong Bao Media has launched the awards in Malaysia in these categories:

These are shining examples for other local business leaders to follow, and to build a culture of excellence in communication, to maximise the potential of Asian companies in the Asian Century.

Each week until October 31, 2018, we are shortlisting a local corporate figure who has demonstrated excellence in a media appearance for the Hong Bao Media Savvy Awards 2018.

Admittedly, I do have a few misgivings about the camera work in this clip, and the mic cable is a tad untidy. But these weren't his fault. Good thing Parekh was wearing a dark jacket where this wasn't so obvious. Another reason why he deserves to be in our shortlist for the Hong Bao Media Savvy Awards 2018. 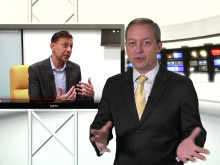