Do you work in the press or media?

The information on this page is intended for journalists, press and media. Click YES to get to the newsroom. If you click NO you will come back to Mynewsdesk.com.

Okay, this just in: two companies say something explosive to customers, but we see two different reactions by social media users.

In the first story, Kolkata's South City Mall criticises a nursing mother for breastfeeding on its premises – and is pilloried.

In the second, DHL criticises the recipient of a parcel for complaining about a late delivery, yet users come to DHL's defence.

For Communications Directors, these cases demonstrate how fraught responding to complaints on social media is and raise a number of questions (at the end of this column).

South City Mall posted this rebuke of a customer who complained on Facebook that there were no designated breastfeeding areas on the premises. 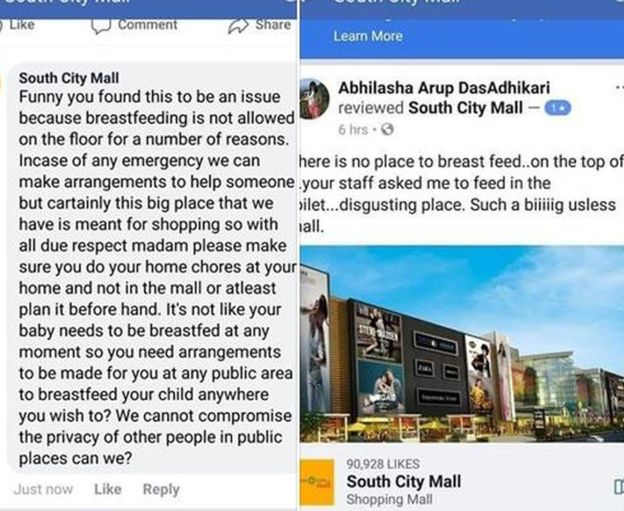 It subsequently took down the post (the image above was posted on the BBC website) and apologised:

But this was totally flamed, and since then every other post about fashion or restaurants is peppered with comments about the original breastfeeding case.

DHL: "The only thing that's shit around here is your whining"

In DHL's case, Twitter user Leon tweeted his dismay over having stayed home all day to await a parcel delivery, only to find the package is delayed. He was upset the website wasn't updated with the delivery time, and read " expected delivery time" to mean "firm delivery time": 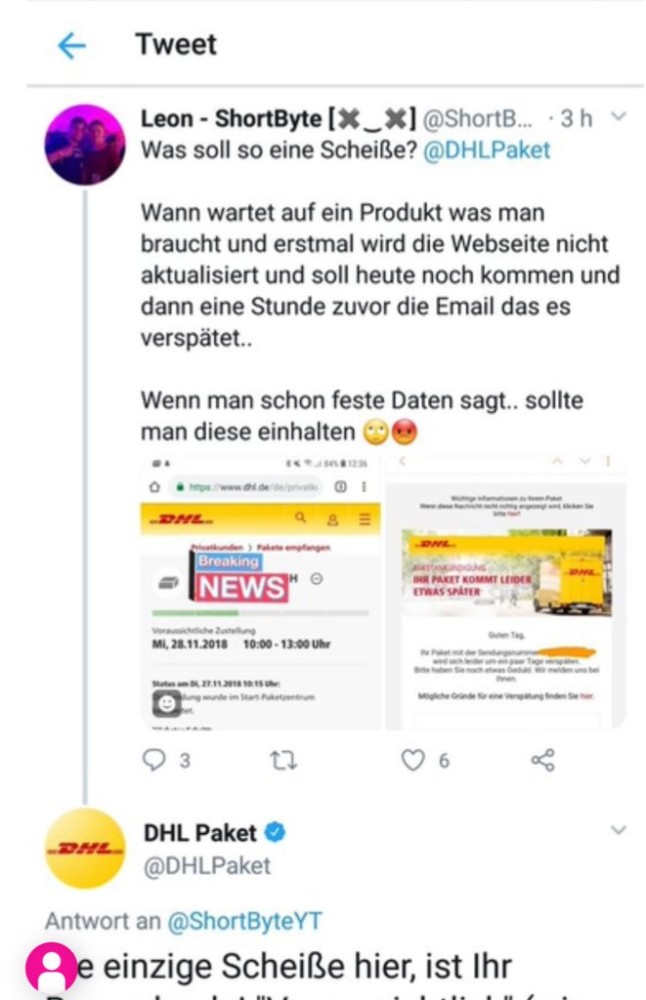 What one of DHL's 1,000 customer service staff did deliver, however, was a sharp rebuke for the language in his tweet:

Loosely translated: " The only thing that's shit around here is your whining. To take 'expected' delivery time (as we clearly stated and is customary with our standard delivery option) as 'firm' delivery time shows you are losing your grip on reality. And now back to mummy's breast!"

In both cases, the companies say they are transferring the staff member (DHL) or sacking the social media agency (South City Mall).

But what’s notable is:

But while Leon deleted his initial tweet that sparked DHL's reaction, the company is leaving its sharp rebuke up.

What's a Communications Director to do?

It might seem obvious to an arms-length observer that babies aren't parcels, and that there is a clear difference between a mall rebuking a nursing mother with a hungry baby, and a delivery service rebuking a recipient of a parcel.

Clearly, also, no one would plan to reply to complaints like these two companies did.

But the view of what's the right response and the wrong response can be clouded when you're in the thick of it, and you have to respond to social media posts on behalf of your company. There are so many inputs at play.

Communications Directors, what are your thoughts?