You only need to look to Greenland’s melting glaciers, or the increased severity of storms, to know climate change is already upon us. All we can hope for in the 2020s is to stop it getting worse, or to adjust to its impact.

Climate change is forcing organisations to rethink how they do business. Instead of sending their executives on overseas trips, companies will be “flight shamed”, that is, under increasing regulatory and shareholder pressure to cut down on travel.

But business must go on. You need to continue to communicate with staff, customers and shareholders. Telecommuting, a term with its genesis in the 1990s, might finally become reality.

So, why hasn’t it yet become mainstream? It can’t be a lack of technology. Live streaming apps are already ubiquitous. Anyone with a smart phone can do a live video stream using their Facebook, Twitter or Instagram app. Video calls are already possible on Microsoft Teams, Skype, Zoom, Slack, Google Hangouts, FaceTime, and others. So why has it taken so long for video calls and live webcasts to become the new normal?

Beyond standard Skype calls, where all you see is the close-up of the face of the other party, I have worked with two other relevant technologies, which might hold the answers:

1. Telepresence. You are surrounded by a semi-circle of man-high screens, and you can even see the other party walk into their corresponding telepresence room half way around the world. It’s awesome, but still not the same as being in the same room together.

What’s missing are the handshakes, the incidental comments. The full experience of meeting someone face-to-face isn’t there. You control when your mic is on, cutting out the little spontaneous mutterings that offer the other party aural cues that make conversations come alive.

Moreover, the telepresence “call” (if you can call it that) is still so expensive, there is no time wasted on thinking about what the other party is saying, or having those relaxed silences you experience in the ebb and flow of ordinary conversations. Forget about having a permanent telepresence wall in your office that makes it appear like your branch office on another continent is right next door. If the call costs won’t kill you, the electricity-hungry screens will negate any climate benefits of not flying.

2. Holograms. The secret lies in having a camera that frames the other party in full length, not just head-and-shoulders, and projecting this on a framed mesh on stage that creates the illusion of a 3D image. The other party is able to see you using cameras pointing back in your direction.

Again, this is remarkable technology, but one which still falls short of the face-to-face experience. It’s carefully stage managed, negating the serendipitous moments that happen when you bump into someone by chance on the sidelines of a conference you’ve flown around the world to attend.

Bottom line: As exciting as these are and take us closer to an in-person experience, none of them fully replicate the experience of a face-to-face human interaction.

TV presenter skills for live webcasting – If it’s already difficult for you to hold the attention of your live in-person audience, how much harder will it be to do so when all viewers see is a face, separated by thousands of kilometres? We are already seeing companies take their professional development courses for their staff on-line. This increases the scalability, but how many viewers who’ve signed up and logged in are actually paying attention? Are your subject matter experts comfortable delivering their course materials to a camera, rather than face-to-face in a seminar room? We coach you in applying your words, voice and body language to attain, retain and regain audience attention, prompting audiences to listen, believe, act and share your message.

The 2020s. If you’re like me, you would have considered this decade to be too far off to contemplate. Long-term government planning reports talked about the 2020s. Authors set their science fiction novels in the 2020s. The 2020s were a mirage.

Yet here we are, just weeks away before we catch up with the future.

In this series I look at five key trends likely to shape the new decade.

Talk to us about how to invest your remaining 2019 training budgets with 2020 foresight. 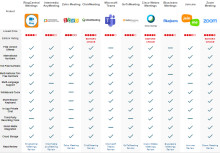 Five tips for making video conferences as real as meetings

Now that you're likely working from home you are bound to have had more video conferences than ever before - how's it going? I bet you've found that it's not so easy to keep everybody engaged for long periods, and that important differences - but also similarities - to face-to-face meetings have arisen. Some key thoughts.

2020 Foresight: How to compete with Artificial Intelligence

The 2020s will see more smart machines such as house cleaning robots, self-driving cars and autonomous drones. What are the implications for us mere mortals? 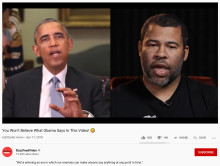 2020 Foresight: Can you prove your CEO didn’t say this?

Read the headline again. Isn’t it crazy that in the 2020s your corporate communications team is going to have to grapple with such strange media enquiries. The apps to create such videos ​are already available. Worse, you are going to field calls from pranksters extorting ransoms in exchange for not releasing such videos.

Seriously now, how many companies understand the new risks they face, much less how to communicate when crisis strikes? In the 2020s, all companies will be at risk, not just oil and gas, transport, food and pharmaceuticals. Companies which are not naturally exposed have a massive blind spot to these.

2020 Foresight: The rise of Megadata

If the 2010s were the decade of cloud computing and big data, the 2020s will see a torrential downpour. But big data is worth little if you can’t derive business outcomes from it. Therefore, how that data is presented also has to evolve.

So, apparently we're all going to be replaced by machines and Artificial Intelligence. Okay, maybe not so soon. But what can people do better than machines? And isn't it high time we learnt those skills. 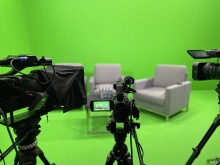 FAQ about live webcasting - add your own!

You may not be aware, but in addition to coaching senior business leaders in appearing on camera we also produce live webcasts and take care of all of the requirements off-camera.