Business leaders love talking about their financial results - when they're good.

But when your business is losing money, you would obviously rather not talk about them. There are myriad other reasons to not discuss your financials, such as forward looking statements which get you into trouble with the stock exchange, or the fact that your business is privately owned or part of a bigger group which doesn't provide a breakdown of individual subsidiaries.

So when Mohd Khairil Abdullah, CEO of Axiata Digital Service (ADS) was asked exactly these questions on BFM's ‘The Breakfast Grille’, you might have thought he would squirm.

But he handled the questions with aplomb, and that's why we are nominating him for the Hong Bao Media Savvy Awards in the category of Best Broadcast Interview.

Scroll down for his four strengths.

The Hong Bao Media Savvy Awards 2019 resumes with our third round of nominations in Singapore and Malaysia in the following categories:

Here are four observations on his performance:

If you know Khairil Abdullah, share this article with him and congratulate him on being nominated for the Hong Bao Media Savvy Awards 2019. 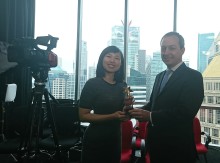 JUST ANNOUNCED: The winners of the second round of the Hong Bao Media Savvy Awards 2018

Single-use plastic is a serious climate change hazard, but listeners to Money FM 89.3 were lucky to have Lena Tan explain to them in her radio interview why it is so difficult to reduce plastics.

Widespread downsizing and increasing use of technology is forcing workers over the age of 40 to look for a job. Our nominee this week, Adrian Choo, showcases his agility, both for his radio interview and the careers of his listeners.

One in four young people refrain from showing kindness in public because they fear being embarrassed or mocked, according to the Singapore Kindness Movement (SKM) Graciousness Survey 2019. Our shortlisted candidate for Hong Bao Media Savvy Awards 2019 this week presented the findings on Money FM 89.3. 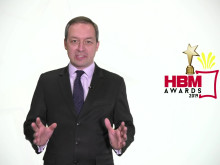